You’d think that the Green Party would have welcomed TOP Policy #3: Polluters Pay given that it shares their vision for a cleaner greener New Zealand, but sadly it doesn’t look that way. This blog from Environment spokesperson Eugenie Sage makes it clear that the Green Party are reluctant to welcome newcomers into the environmental space. We dealt with leader James Shaw’s comments (which appeared to be contradicted in Eugenie’s post) over the weekend. 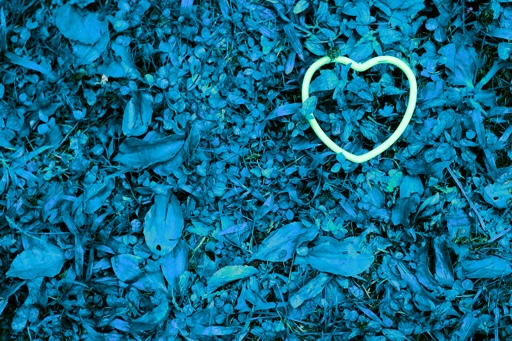 We have great respect for the Green Party, particularly in the environmental sphere, so it's not surprising that we share a lot of common ground there. Like all parties they have made a unique contribution to the New Zealand landscape in their own way. In the past they’ve been brave, unafraid to champion new ideas in the face of Establishment Party lethargy.

Yet despite recent moves towards the centre, Eugenie’s blog shows that they still retain some of the distrust of capitalism that lies at their roots. That, sadly, is where we respectfully part company. TOP thinks that business can be part – a big part – of the solutions that we need, and market mechanisms will help encourage that.

Simply put, TOP wants to reward businesses that are doing the right thing and punish those that aren’t. It is hard to see why the Green Party would argue with that, other than a deep-rooted distrust of business and capitalism.

There are many examples of businesses doing real good, not just greenwashing. The B Team and our own Pure Advantage are business led groups tackling social and environmental problems. Kirk Hope from Business NZ has made it clear that reducing inequality is now a priority for our business leaders. Just last week at Davos, forty of the world’s largest businesses agreed to reduce the problem of plastic in our oceans.

On the issue of water quality, we have some exemplar farmers doing incredible work. If we had all farmers operating like these exemplars, our water quality problems would be a long way towards being solved, and we might even improve profit at the same time. TOP doesn’t want to punish farmers for stuff they can’t do anything about, we want to get all farmers up to best practice. We can do that through market mechanisms – incentives that put the environment squarely on the profit and loss statement for farmers. Once it is there it will get managed and we will see rapid improvements.

One of the key ways to get businesses doing the right thing is tradable rights. This is the tool the Green Party seems mainly concerned with. We’re don’t know how the Green Party propose to solve problems like fresh water pollution, because that detail isn’t available. But still, lets deal with their gripes.

Protecting the environment means setting limits, we all agree on that. Now if you also care about the economy, you’d want the businesses involved to work amongst themselves to find the best way to meet that limit without having to shut up shop with the loss of jobs, profit and tax revenue. The OECD, and pretty much anyone with some economic literacy agree that under the right conditions tradable rights are the way to do that. We also advocate ‘corrective taxes’, which the Greens are happy with. These are actually pretty similar tools, it’s just a matter of horses for courses.

Let’s be clear, nobody is talking about ‘free markets’, which are a figment of the ACT Party’s imagination. In the view of TOP, markets need to be managed to work properly. International experience shows that well managed markets can deliver excellent results, and we think this approach can be applied in New Zealand, including to farming. Blunt, poorly managed regulation on the other hand could be a disaster for our economy.

Some Points of Clarification

We’ll finish off with a few points of clarification from the issues raised in Eugenie Sage’s blog:

Resource Management Act – If a development will cause environmental damage, the RMA allows the developer to offset that damage by doing something good somewhere else. Eugenie doesn’t like the use of offsets because they have been abused in the past and it allows development that damages the environment. TOP doesn’t want to oppose development, but we want to get the offset system working properly so that the environment is truly better off over all. We also agree that Regional Councils have been left high and dry on the RMA by a lack of guidance from successive Establishment party governments.

Encouraging sustainable land use – Eugenie was disappointed that we called for a holistic approach to sustainable land use but hadn’t got it all worked out. This point is merely that government should have one coherent policy to help land owners deal with the issues of soil erosion, water quality and climate change. At the moment the Green Party are proposing separate policies to deal with each of these issues. We need to make it simple for land owners, including farmers, to operate in an environmentally friendly way, not tie them up with green tape.

Tourist tax - Finally they claimed that we pinched their ‘taonga levy’, which was launched in August 2016. While at the Morgan Foundation I wrote an opinion piece on this idea with Marie Brown at EDS, which was published in May 2016. But who’s counting?

Surely what matters here is the policy, not the politics.