Around New Zealand today there will be protests about fresh water. And rightly so, our once wonderful rivers and lakes are now degraded, particularly in lowland areas. To add insult to injury, businesses are allowed to take what little pure water is left in our aquifers and export it for profit. The only cost they face is getting the consent. 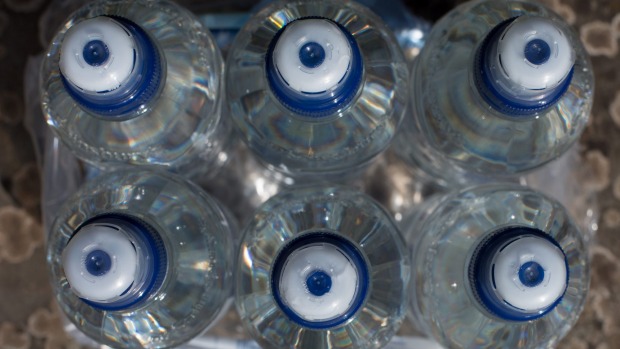 Given how precious this resource is, why don’t we charge for it? The simple answer is that charging for water would trigger a Treaty claim, and the Government wants to avoid this at all costs. It is a myopic perspective and one inflicting unnecessary harm on New Zealanders.

The Government has studiously stuck to the line that nobody owns fresh water. This is a technical legal argument; of course some people have a use right (a form of property right) over fresh water. Any resource consent allows the holder to use water in the manner described in the consent. Legally this isn’t a full property right because there is an expiry date built into the resource consent. However, in practice most resource consents are expected to roll over unless there is a good reason not to. As a result the value of the consent is usually built into the price of the land that the consent is tied to.

The Government is keen to stick to the status quo where nobody owns fresh water. Any sort of charge or resource rental on water bottlers (or other commercial water users) would imply that there were in fact property rights over fresh water, which would raise the question of who owned it.

The Treaty of Waitangi

Article Two of the Treaty of Waitangi is pretty clear (in both the English and Maori versions) – unless the Crown purchased something off the Maori society, we must assume that Maoridom still owns it. At no point has the Crown bought the fresh water resource off Maori.

This point was made clear during the fisheries settlement in the early 1990s. The Crown had recently given out property rights over the fisheries resource under the quota management system, overlooking the question of who really owned the fish. As has become the hallmark of Maori magnanimity – evidenced by their settling for 1½ cents in the dollar for their Waitangi claims – Maori again offered a generous settlement with the fisheries, receiving 20% of the fisheries rights when arguably they had a right to them all. As they have made clear on numerous occasions, ultimately for Maori these are issues about protecting the mana of Maori as treaty signatory, it’s not about taking ownership of the entire resource for pecuniary benefit. And of course we’ve seen this play out like this with the seabed and foreshore, where Maori finally have been accorded the courtesy of being able to establish their customary rights and government withdraw its arrogant and false assertion that it “owned” that resource.

The Opportunities Party’s policy is to place a charge on commercial use of fresh water. This would raise the issue of a Treaty settlement, but we shouldn’t be afraid of that. The revenue raised through a charge could be used to restore our rivers and lakes, improve our monitoring and research, as well as compensate Maori as part of a settlement. Like the rest of us iwi want to see our rivers and lakes restored, so they will be active partners in that process. Such a settlement would be a win win.

Placing a charge on fresh water will ensure that the New Zealand public gets some benefit from all the commercial uses of water – hydro electricity, manufacturing, irrigation and water bottling. Water bottlers could be charged a higher rate more given the quality of the water they are taking. Commercial water users should be paying to clean up our waterways, not the taxpayer.

At the same time we would resolve the issue of who owns our fresh water, which would allow us to get on with the business of cleaning it up. This will no doubt be a difficult process to go through, but that short-term pain will be worth the long-term gain of healthy waterways.

Check out our environment and fresh water policy here