Because there is nobody else wanting to push Mt Albert’s issues from now until September 23rd with the government of the day. 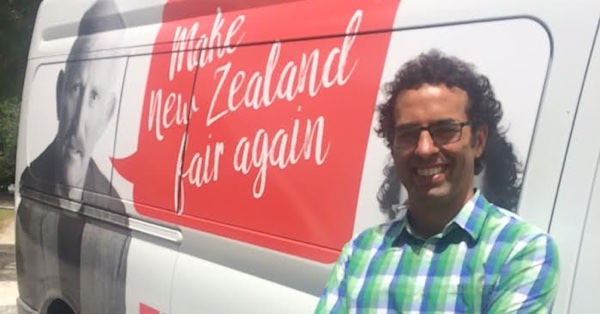 National haven’t even bothered to put up a candidate so have abandoned over 14,000 voters in Mt Albert who gave them their party vote in 2014. Now that’s a bit arrogant isn’t it – given that the taxpayer is paying for this exercise. At least those on the taxpayer’s payroll should have the conscience to offer these voters some representation. That’s just terrible.

And The Greens and Labour are the same party aren’t they? Oh no that’s right they’re not, their MOU ends on September 23rd. Oh hang on, yes they are they just launched their State of the Nation together last weekend. Oh no they’re not, they’re competing against each other in Mt Albert – but are rumoured to be doing deals not to compete against each other in other seats. What the hell is going on here? It is just weird.

There are 3 aspects to this nutty Labour/Green on/off sisterhood.

And Mt Albert has now been abandoned twice by Labour – once by Helen Clark and once by David Shearer.

In summary there is nobody from National, the Greens or Labour being offered to work for the people of Mt Albert between now and September with the current government – which is National-led.

It is a no brainer. Only Geoff Simmons of The Opportunities Party is able to credibly make the pledge that he will work for the people of Mt Albert with the National government that is our government – like it or not – until September at least. Why would you vote for anyone else?