The reaction to the launch of the Opportunities Party has illustrated yet again that after 20 years of MMP we remain stuck in the same old two party, left and right system. People struggle to get their heads around anything different and the concept of a parliament working in anything but a deeply adversarial mode remains foreign. 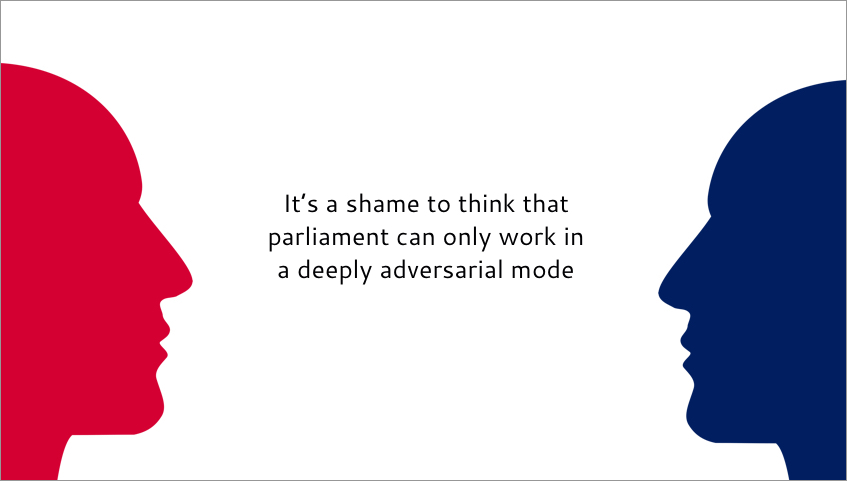 Despite not having announced any policies, and saying that I would work in a supply and confidence agreement with any governing party or coalition, The Opportunities Party was variably described over the weekend as ‘left wing’ and likely to appeal to the ‘blue-green’ vote.

Most surprising was Andrew Little’s comment that it was ‘great to see him in our corner’. Sorry Andrew but with the Beehive being round, operating out of corners is a little difficult.

The way I see it, both major parties want to see a better New Zealand. At least, that is what they say, and there’s no reason to think otherwise. They just see different ways of achieving that, and those different ways are based around what appeals to their core voters.

The trouble is that neither of these Establishment parties have the courage to talk about the policies that would actually make a significant difference to New Zealanders. That is because most substantial policies would upset some people and with that some votes would be at risk. As a result we get timid democracy, crowded around the middle ground with everyone afraid of promoting substantial reform. Progress proves to be elusive – most notably for those families that have been on the wrong side of the prosperity surge. Our purpose is to enable all boats to rise.

The status quo is that our major parties opt for incremental policies that sound good, make them look like they are taking action, make them sound like they care, when in fact those policies too often make no difference at all. It’s a natural outcome when you pay greater heed to the polls than to the evidence.

We’ve seen a good example of this with Labour’s policy announcements over the weekend. Make-work schemes sound like a great idea and play well with ‘Middle New Zealand’. “Why are young people sitting around on the dole?” people say. “Make them get out there and earn a living”.

The trouble is that make-work schemes don’t work. Just look at the last attempt at work for the dole, which Labour ironically scrapped back in 2000. They scrapped it because people had worse outcomes on the work for the dole scheme than they did on the dole. So the first question for Labour is why will this new scheme be any different? Why is it so much better than the scheme they scrapped in 2000?

I’m now refining The Opportunities Party’s policies, to be released from 8 December onwards. Who knows how they will go down with ‘Middle New Zealand’ but I’m confident that if implemented they will actually deliver the goods. The question is whether people actually want to do what’s necessary to live in the kind of place that they claim they do?

I just want to talk about what works, and if it turns out that Andrew’s the guy to talk to on that then of course we will. Then again it may be John. Let’s wait and see.