The sudden departure – and now fast fading memory – of John Key’s term as Prime Minister, reminds us that even the most popular of politicians can, within a few weeks, be nothing in the public consciousness. Before he disappears totally from our attention however I think an assessment of his legacy is relevant as a setting for where New Zealand governance heads next. 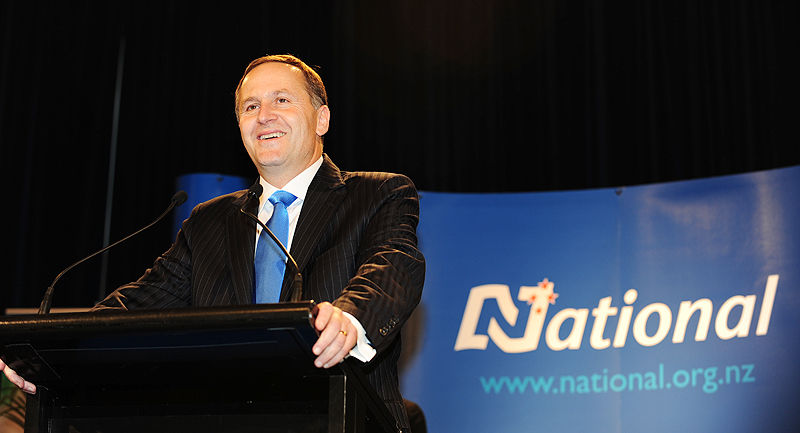 Some would say John didn’t achieve much over his eight years. Apart from the partisan (and hence lacking objectivity) stance of his political opponents both to the left and right of his government, that view is in my view quite unfair. His approach of a “steady hand” can at times seem like a deadweight of mediocrity and lack of vision, but I thought the Key government actually did a couple of things that saved New Zealand from a recession.

In the face of a plunge in commodity prices it facilitated a substantial boost in immigration that if nothing else, kept demand going and that means people working. In the past those sorts of agricultural slumps have led to nationwide slowdowns. We can criticise the quality of the migrants we’ve let in – and I do – but as a short term stabilising measure their arrival was important.

His government has had to deal with two large earthquake events, the reverberations of which are still vibrating through the economy – not just in terms of the rebuilds but also the implications for fiscal policy going forward. In short it has been compromised because of the Government’s share of the insurance liability. This is part of the explanation for why fiscal policy is so tight – the other Achilles heel of course is the ballooning cost of NZ Superannuation, something John Key wouldn’t face up to.

In terms of vision you could argue Mr Key’s was limited. When he first announced the $50m national cycleways project, some of us (including me) scoffed. I don’t now – his idea was sound, tourism has continued to boom and no small part of it has been due to the marketing of ‘natural experiences’ that New Zealand is so famous for. For sure there are issues with too rapid growth in the sector – but they are far easier problems to deal with than those arising from an underperforming sector.

On that same theme, the announcement by the PM of Predator Free 2050 was in my view, a major. Not because it is bound to now happen, but more because it puts preservation and enhancement of our natural capital firmly in the centre of New Zealand politics. It is now conventional for communities and their leaders to be doing projects in the conservation area, it is no longer a wacky Greenie thing.

Resisting the calls to repeal the anti-smacking bill and passing the legalisation of same-sex marriage were examples of progress in the social policy area that the John Key government made and should be congratulated for.

But for me by far the most important legacy of John Key is that he saved New Zealand from the politics of the Rabid Right – that group of politicians that put little to no weight on issues of social justice, who frankly care only about themselves and their own cohort, who see all government spending as wasteful (apart from security fences around their own property), who are locked in to the trickle down economics of big business, who kowtow to every demand from foreign capital for subsidies and tax breaks, and care not that wage earners bear so much of the tax load.

National was on the brink of an election victory in 2005 led by the Far Right faction of New Zealand politics, personified by Don Brash, famous for his attack on Maoridom’s rights under the Treaty of Waitangi. It was John Key that pulled National away from being driven to the Far Right by Brash, aided and abetted by ACT (which he later led) and the Hard Right faction of his own party, personified currently by Judith Collins. With a loyal core of “shock jocks” prominent in commercial media, New Zealand was so, so close to going further down the path of neoliberalism that has unfortunately given genuine free and competitive markets such a bad name.

That is what New Zealand needs to thank John Key for.

Which brings me to where his leadership didn’t really perform. Top of that list has to be the resumption of growing inequality in New Zealand. Inequality was given its most severe impetus by Ruth Richardson’s Mother of All Budgets back in 1991 which slammed welfare benefits and promised trickle down. That never happened, which is why neoliberalism is such a failed extension of the changes that Roger Douglas introduced. The early 2000’s were bad enough in terms of driving wealth inequality further - the house price to income ratio rose from 3.5 to 5.5 as the Clark-Cullen government refused to counter the explosion in offshore borrowing by the banks that fuelled the property market (at least until the GFC of 2007). It was clear then that the RBNZ’s view that mortgages were the least risky form of bank lending and were to be encouraged, was pretty silly. Combined with the tax break, it was a licence to make money in that asset class – and many of us did, a lot of money.

But then from 2011 until now that unaffordability has risen further, from 5 to 7. This time it was John Key’s regime that turned a blind eye to what was clearly making his voters happy, happy, happy.

It is this phenomenon – the income tax loophole that continues to underpin property price inflation – and is gutting the discretionary income of New Zealand’s middle and lower income families. More and more of their income is devoted to keeping the same roof over their heads. Successive Establishment party governments – both Labour and National – refuse to deal to it, and we have this obscene spectre now of retirees continuing to gear up to speculate on property – at the very time they should be running down their savings (if they had any).

To conclude then, contrary to popular opinion, John Key’s government achieved a lot. He himself saved the National Party from going down a dark hole of extremism. But he left unattended a few issues too – the most damaging one being, a rampant housing market leading to widening inequality.