Two weeks ago the Kaikoura earthquake caused billions of dollars of damage to buildings and infrastructure. Last week the Treasury’s long term fiscal forecast predicted that health and super spending will continue to rise, taking debt to 200% of GDP (Gross Domestic Product) by 2060. 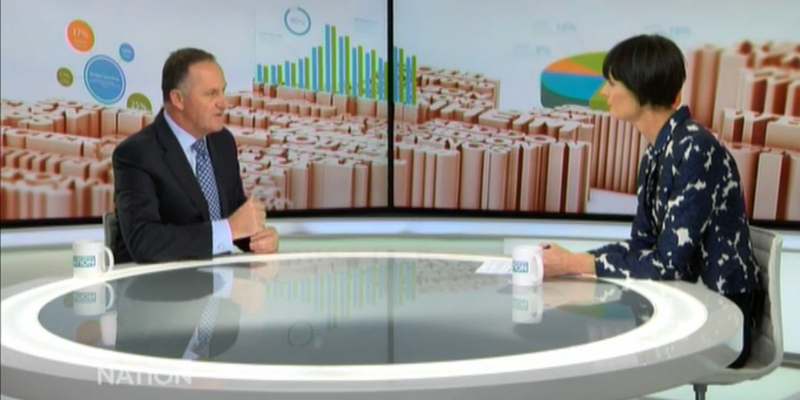 Incredibly, neither of these facts has dampened the Government’s talk of offering up tax cuts at the next election. At least they have moderated their talk to a ‘family package’.

When will the Establishment Parties start focusing on the legacy they are leaving for our children and grandchildren, rather than feathering their own nests by targeting the voter’s hip pocket?

The Treasury’s long-term fiscal projections are released every 3 years, and are intended to show the long-term impact of current policies. This is a legacy of our difficult economic times in the 1980s and 1990s where unsustainable policies led to a crisis. The fallout from that crisis is still being felt by some of our poorest citizens and regional communities.

The long-term fiscal position is not pretty reading. While the projections of health spending have come down a little since 2013, Treasury is still predicting that health spending will get near to 10% of GDP in 2060. Meanwhile New Zealand Superannuation is predicted to top 8% of GDP by the same date. That will mean around 18 cents of every dollar we earn largely being spent on our ageing population. At current taxation levels we won’t be able to pay for this, and without tax rises future taxpayers would have to steadily rack up a mighty debt.

Prime Minister John Key laughed off Treasury’s projections, saying that they struggled to forecast 44 days ahead let alone 44 years. Of course, such a comment is a pivot from him in attempt to avoid the message. The projection is not a forecast, it is simply saying what current fiscal settings imply given demographics and reasonable assumptions on economic growth. For sure though, it sucked the journos right in – well done John, good choice of distraction baiting. Of course the projection won’t happen, because it can’t. Something has to change because it is clear the current path for superannuation and health isn’t sustainable. The issue is what; by throwing out a false scent to naïve journos, the Prime Minister adroitly deflected that question for another day at least.

The Prime Minister is confident that reform of NZ Superannuation isn’t needed; New Zealand can avoid this situation by growing the economy. While this approach may work for health spending, it can’t work for Super. Rates are linked to wages; if the economy prospers so will the pensioners.

Will growth be the savior? Growing incomes will certainly help, as long as it doesn’t come at the expense of our wellbeing (for example by degrading our environment, or smashing buildings and rebuilding them). At the moment growth is mostly coming from earthquake rebuilds and immigration, neither of which make people a lot better off – per capita incomes don’t rise much at all.

The kind of growth that makes us richer is productivity – working smarter rather than harder. On this measure New Zealand’s record has been very poor in recent years. But again on this count the Prime Minister doesn’t believe what the evidence is telling us.

So there you have it. While the Government toys with tax cuts and family packages – purely as a response to what’s called fiscal drag, the tendency over time for inflation to push our wages all into higher tax brackets, Treasury is recommending tax rises for the good of our long-term fiscal position.

It looks like a contradiction. But the politician and the advisor are addressing different issues. As is their wont, the politician wants an election-year goodie to buy his way back into office. The adviser is asking – yet again – when are we going to do something about the debt deadweight we’re leaving our children?

Meanwhile the real challenge – that of raising productivity, so future tax flows are up to the looming bill – lies dormant. That of course makes the likelihood of a future PM having to swallow a poison pill from the legacy of past Establishment governments, more and more certain.