I'm standing outside Prime Minister John Key's mansion because in launching TOP's flagship policy, I want to make a point about inequality in New Zealand.

John Key and I are both wealthy people, but we don't pay our fair share of tax, only because we don't have to. TOP's flagship policy aims to fix that. A premise of The Opportunities Party is you cannot build sustainable prosperity on a base that is inherently unfair. Fairness and prosperity are soulmates.

Our tax policy is radical, it sets the scene for NZ to break free from the grip of the post-Rogernomics/Ruthanasia era where, the much vaunted, much promised “trickle down” is little in evidence.. The inequality that deregulation spawned remains 30 years later. The graphs illustrate; 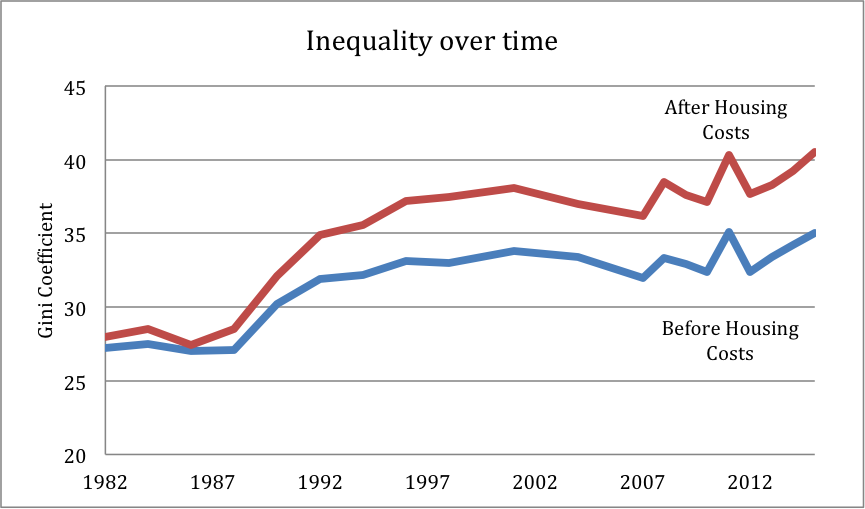 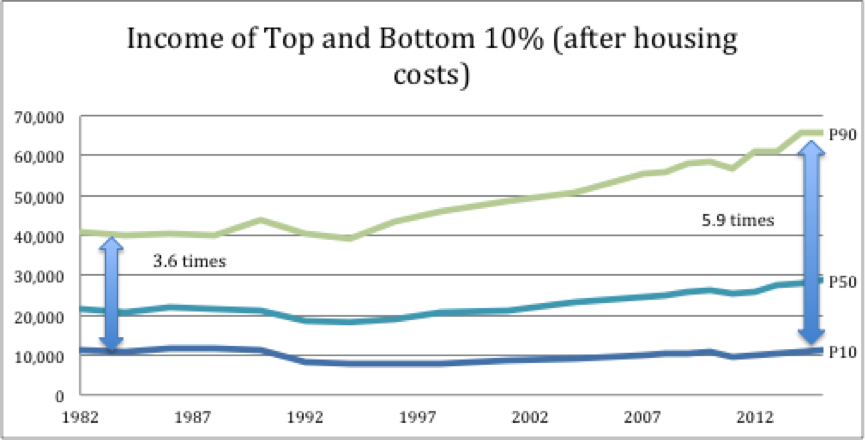 More recently it is getting worse thanks to our long held refusal to address the steadily deteriorating affordability of housing. This is the legacy of the John Key era 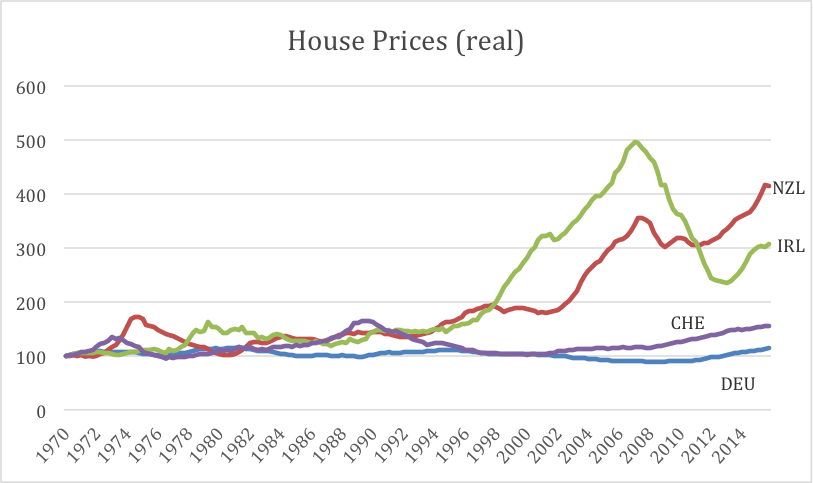 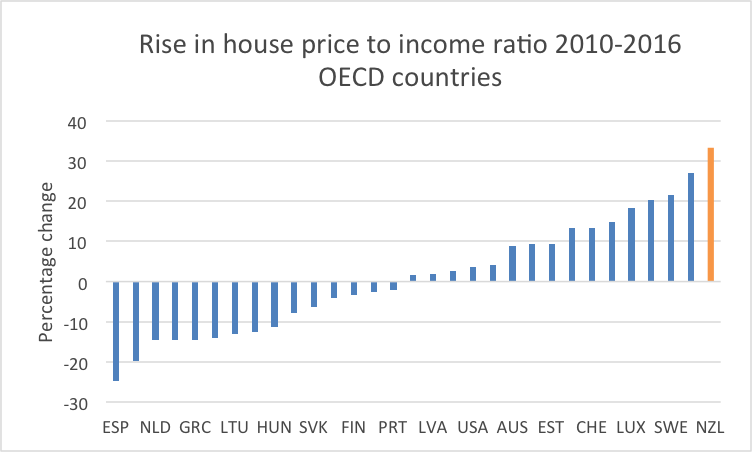 There’s nothing wrong with inequality so long as it is based on merit, not privilege, protection and discrimination – which sadly has been the driver in New Zealand for quite some time now.

What we’re proposing is not radical by global comparison, but it certainly is in the NZ context, where deep-seated inertia from Establishment parties and their career politicians has resulted in fearful refusal to admit, let alone confront the gaping loophole in our tax regime that has left so many people worse off.  No wonder that over the last 30 years more and more New Zealanders have become disenchanted with our so-called democracy and no longer participate – voter turnout has steadily declined. These folk feel helpless and ignored. 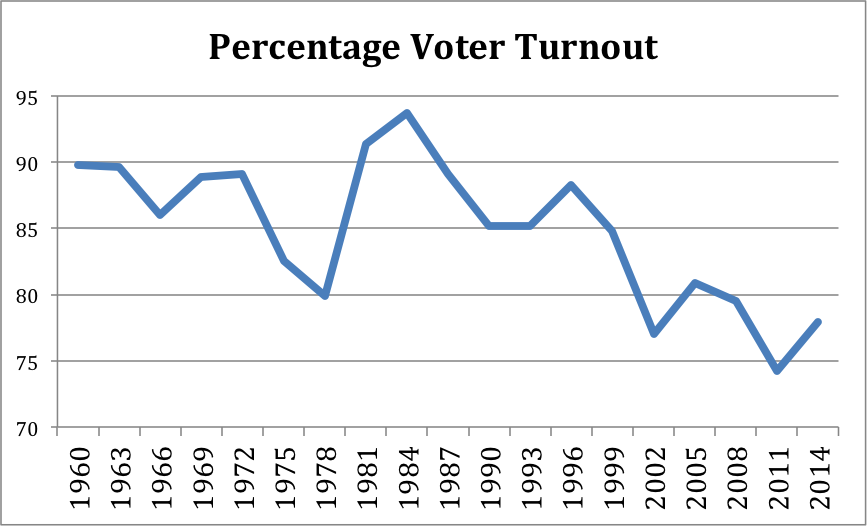 It is normal now in New Zealand for just some of the income to capital to be taxed. Because we tax only a few forms of effective income from capital, surprise, surprise many of us invest, not on the basis of the economic return, but on whether or not the asset is taxed. This is entirely logical and explains why many people, including John Key, Winston Peters, Kevin Hague, Judith Collins, Amy Adams and myself own a number of houses. But it has harmful economic effects, capital is misallocated, economic growth, jobs and wages suffer as a result.

Most developed countries address this tax loophole with a variety of taxes such as inheritance tax or estate duties which are 40% in the USA, so long as you’re “rich”; wealth taxes that prevail across Europe; land taxes, stamp duties, gift duties and of course capital gains tax as in Australia.  I have to say most of these taxes do not do their job that well – politically inspired exemptions being the culprit.

If we are elected to parliament in sufficient numbers, The Opportunities Party intends to put undue pressure on whichever Establishment Party forms the next government, to plug this hole in our income tax regime and plug it properly.

Note carefully, that our tax proposal will not take one extra dollar in taxation – every dollar we raise by plugging the current loophole will be returned in cuts to existing income taxes.

Our tax policy will leave 80% of people either better off or unaffected; the remaining 20% will pay more tax. But don’t worry those of us in the 20% can well afford to lose our tax privilege.

We want to bring all income generated by assets or wealth into the annual income tax collect. For far too long the far too much of the income tax burden has been borne by wage and salary earners subject to PAYE. Their tax load will fall.

What do we propose?

The definition of annual taxable income will be expanded to include as assessable income, a minimum return on the equity an owner is deemed to have in all productive assets they own. This is an extension of the regime our government already applies to overseas shares owned by New Zealanders under the Fair Dividend Rate regime.

If you don’t understand that, think of it as a kind of wealth tax – but one with conditions. If you already declare a taxable income on your assets above this minimum rate of return you will actually be better off – because of the lowered income tax rate.

But assets that continually report a taxable income below this rate will be taxed on the basis that they return this minimum deemed income. The loophole will be closed for ALL taxable entities (businesses, individuals and trusts). Assets affected will include (but not be restricted to) property, equipment, structures, brands, goodwill and Intellectual Property. Land and homes are included – and, yes, that includes the family home.

Financial assets (deposits, bonds, shares) are excluded, as unlike the assets above they are already fully subject to income tax.

The tax will be phased in over time to avoid a marked reduction in the value of assets such as houses. Introduced carefully our tax policy will put a lid on house price inflation and lead to a steady restoration of housing affordability – in other words, allow income to catch up.

The details of tax rates, minimum taxable income rates, asset value thresholds, the distribution of the income tax rate cuts, and importantly the transition rates to fully closing this loophole – will be negotiated between The Opportunities Party and the ruling Establishment Party that wins the 2017 election.

(a) improved affordability of housing over time

(b) increased flow of capital to business, boosting employment and incomes

(c)  better use of capital (productivity)

(d) reduced reliance on foreign capital inflows, saving our political leaders from trotting around the world with the begging bowl out

And remember it immediately makes 80% of New Zealanders better off, with the 20% who are not, well able to afford the loss of their privileged tax position

Finally you may wonder why we’re holding this policy release event at this particular location. This modest pensioner pad opposite will come within the tax base, as will all the properties I own. But I can say with confidence that the folk in this house and my own family are within the 20%. I can also say with confidence that us paying our fair share will not significantly degrade our standard of living, our quality of life.

So my question to New Zealanders is

Our Inequality Graph Pack illustrates for you the issue, and we are also publishing an FAQ pack, and over the next few weeks we will be streaming live Q&As online to assist public understanding.

Remember, this is not about collecting more tax but rather making the tax system fairer. 80% of people will be better off. If you’re not one of the 80% then think of this tax revolution as your investment in a fairer and more prosperous New Zealand.