The biggest issue in the Mount Albert by-election is also the biggest issue we face as a nation: housing affordability. While price growth may be slowing with the prospect of higher interest rates, there is no immediate prospect of them returning to affordable levels. Prices are still growing faster than incomes, and given our past record will no doubt take off again in the future. 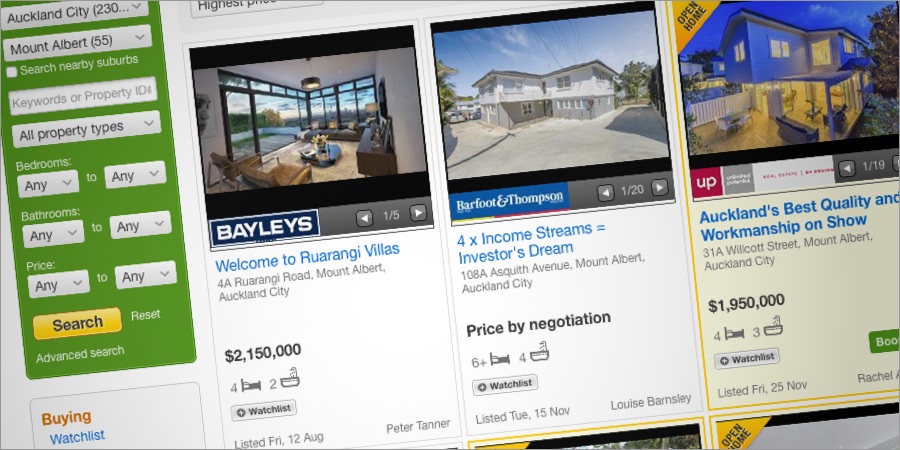 Looking at the promises of different parties, only The Opportunities Party has a plan can guarantee housing affordability. Let’s take a brief look at their offerings.

Much like the Mount Albert by-election, on housing National has been missing in action. They have insisted the answer is simply a matter of building more houses. When they couldn’t increase the rate of building with the Special Housing Areas, they turned their attention to blaming local authorities. As time marches on and the problem gets worse, they have progressively been pinching other party’s policies, firstly getting Housing NZ to actively build more houses (Kiwibuild Lite), and most recently the Urban Development Authorities to support and coordinate major urban development projects. They are even starting to talk about compulsory land acquisition – a sure sign of desperation for a centre-right government.

Their goal is ultimately to reduce house price inflation to single figures – which means affordability will keep getting worse, not better – since income growth is in very low single digits. National has no idea, has presided over the worst burst of house price to income growth, and is like a possum in the headlights.

Labour also suffers from National’s delusion that our housing woes are just a matter of building more houses; except they have the added delusion that they can do it better than the private sector. The first question facing Kiwibuild is whether their ‘at cost’ houses will reduce house prices, or just put money in the pockets of the people lucky enough to buy them. The second question is whether they will really build more houses, or just crowd out private sector building. The third question is whether they will have the guts to build medium-density development in Auckland, risking the ire from local NIMBY voters. More likely they will follow the current government’s preference for sprawl.

The last and most important question is why the whole Kiwibuild thing is needed in the first place. Labour claims there is market failure, but the market is just doing what the tax system incentivises; land banking. Land banking will continue as long as developers can make more money sitting on land doing nothing than taking all the risk of building. Labour also claims that they can do things at scale that the private sector can’t; have they heard of Fletchers? That monolith was created the last time Labour built houses, do we really need a repeat of that?

Labour at least admits that speculation bidding up the prices of houses is a problem. In response they want to ban foreign speculators. This is a fair enough move, if they can pull it off under our trade agreements. However, the fact is that we can’t lay all the blame for speculation at the feet of foreigners. Auckland had unaffordable housing for many years before foreign speculators came on the scene, so it is just wishful thinking that this alone would solve the problem.

At least the Greens accept that our tax system is a problem, in addition to the lack of supply. Sadly, there proposed response – a capital gains tax – has failed in controlling house prices overseas for three reasons:

Firstly it exempts the ‘family home’. Given that this makes up a large percentage of house purchases, it won’t act as a disincentive for bidding up the price of housing. Exemptions also cause all sorts of problems in the working of the tax system, as we can see overseas. The fact is that rich people can afford an accountant, so they are much better at exploiting exemptions than you or I. As the previous Prime Minister John Key said, a capital gains tax would only work if it included the family home, and no Establishment political party is prepared to do that.

Secondly, capital gain is only one of the tax loopholes that encourages overinvestment in housing. The others are excessive use of write-offs and the tax loophole on imputed rental – the value that an owner-occupier gets by living in their own house rent free. Closing one loophole doesn’t prevent speculation.

Finally a capital gains tax is horrifically inefficient. The tax is levied on the sale of an asset, so it provides a strong disincentive to sell any asset – whether that be a business or a home. This reduces the efficient working of the economy.

So in summary, the Establishment Parties and their career politicians are all bereft of ideas of how to confront the cause of the affordability problem. They fear homeowners would stuff their political prospects that they opt for cowardice in the face of this fire. Privately they tell us they’re political pragmatists, that the problem is too big to solve.

Our policy is to make sure all assets (minus debt) are liable for at least as much tax as if that money were in a bank deposit. We would gradually introduce the tax so that house prices were kept stable. By ensuring it is treated the same as any other asset this will kill off speculation in housing. Housing will become again an asset that provides shelter from the storm, rather than shelter from tax.

But we would not collect even one more dollar in tax. Any tax raised would all be given back in cuts in tax rates, By using the money to reduce income tax, inequality would be reduced, with 80% of people better off. Anyone who is land-banking will get a tax bill, so they will have a strong incentive to get building houses. Meanwhile investment will be directed to businesses (including building new houses), rather than speculating on existing housing, so our stagnant incomes would rise, finally able to catch up to our house prices. It would take time – our analysis suggests about 15 years - before housing affordability would be restored nationwide (with ‘affordability’ defined as prices three times annual income). That isn’t bad considering this housing crisis has been 30 years in the making. And for tenants, they would see an end to rent rises gutting their discretionary income.

The solution is not difficult, what is missing is an ounce of leadership from the Establishment parties. TOP has a realistic plan for change, all other parties are gutless.