Yesterday Labour’s new leader reaffirmed their softly, softly approach to the housing crisis. Not to be outdone, Bill English reconfirmed that National remains the party of the property owning class. Both our Establishment Parties seem dedicated to not reining the horses on house prices, which all adds up to another spring time price boom. 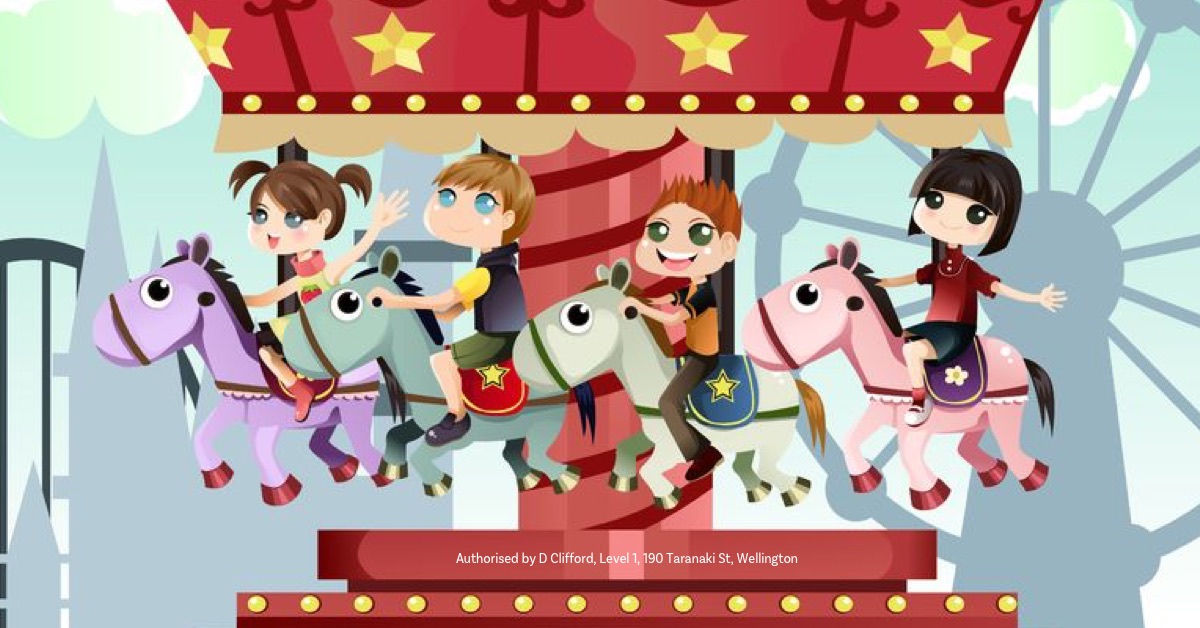 Despite new leadership, Labour is keeping their lite-blue approach to the housing crisis. Apart from some tinkering around the edges – extending the bright line test to 5 years and cracking down on negative gearing – Labour is not promising any major shake up post-election.

That isn’t because they don’t see the problems. They understand that wealth inequality is increasing, that those on low incomes have less money left after paying their housing costs. They understand that the housing crisis is the root cause of the problem. They realise that even the capital gains tax excluding the family home as they proposed at the last election would be woefully inadequate in addressing the problem. It hasn’t worked overseas; the evidence base is screaming at us that capital gains taxes don’t work. Labour have promised to build affordable housing, but their biggest problem is they have no way to get the land necessary to deliver their promises at an affordable price.

All that Labour is promising is yet another “review” of the tax system. We’ve been here before – Labour reviewed the tax system in 2001 and National did it again in 2010. Both reviews recommended precisely what TOP is advocating with tax, yet few of the major recommendations were implemented in either case. These politically inspired “reviews” of the tax system are nothing more than a delaying tactic; all the experts know what needs to happen. TOP’s fair tax reform represents the findings of those past reviews. Come on Jacinda, stop ducking responsibility on this issue, you reckon that led by you, Labour will be better – so “let’s do this!”

It appears we are still a long way from the reforming Labour party of old, the Labour party with big, bold ideas. It looks like it is still a timid imitation of National that is looking to get into Parliament before they even look at any of the difficult issues. Based on past performance, they won’t do anything even when they get there, which is simply a disservice to the public who want leadership.

Bill English didn’t want to be outdone by Ardern’s property-friendly approach. So he virtually promised that a National Government, after September, would guarantee a return to the double-digit price rises of the past few years.

For the past few years our Reserve Bank Governor has been lamenting the lack of property taxation. He often wanted to lower interest rates further than he did to counter New Zealand’s tepid economy, but he was unable to because that would further stoke Auckland’s over-heated property market.

These changes seem to have calmed the housing market – for now. There have even been – shock horror – signs that the housing market in Auckland may be slipping slightly. Heaven forbid that actually happens, and some of Bill English’s real estate agent mates face a substantial drop in business as house sales plummet, and his core voters see a small reversal in their housing equity! Bill’s reaction is that these loan to value ratios need to be phased out, nothing must get in the way of continued house price inflation. Not to be outdone, Jacinda even agreed. These twins are just totally out to lunch when it comes to addressing the housing issue – not a shred of evidence to support their approach.

As Bernard Hickey points out, this is all pointing to another house price boom post election. Housing affordability looks unlikely to improve, instead it will continue to deteriorate. TOP have calculated that house prices need to be stable for 15 years for affordability to be restored, without plunging New Zealand into a debt crisis. This is achievable if we gradually introduce our tax reform and match it with income tax cuts, making 80% of Kiwis better off and encouraging Kiwis to invest in businesses rather than houses.

The future under either Establishment Party looks like more of the same – a continued rise in house prices and deterioration in housing affordability. You get the politicians you deserve.