The amount people are borrowing for their first home has increased 43% in just the last two years. Even the most casual observer must see that as freaky. Labour has rightly warned of the growing risk being taken on by first home buyers, especially if the economy turns or interest rates rise. However on Morning Report yesterday Kim Hill drove a bus through the holes in Andrew Little’s response to the housing crisis. 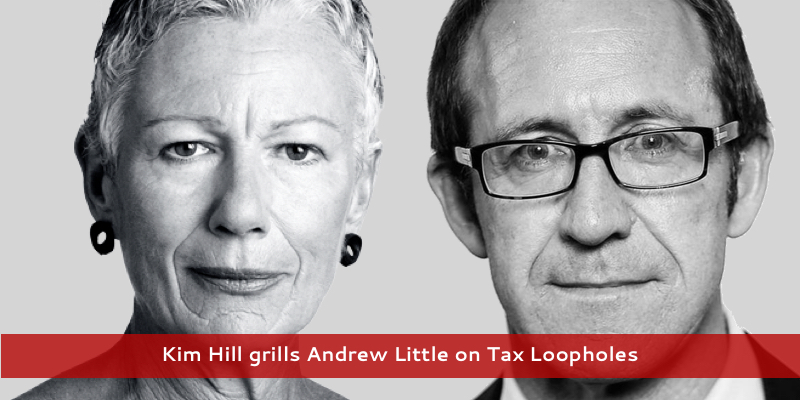 How long do houses stay ‘affordable’?

Kim’s concern with Labour’s Kiwibuild policy is that these new houses they intend to build will only be affordable once; the first time they are sold. The lucky buyers will get a one off windfall, and pocket the difference. Realistically the buyers will be relatively well off young couples that can afford to buy a new home, not the people that really need the help. It is hardly a policy that is giving everyone a fair go.

Even the Government acknowledges there are supply issues. National are hiding behind their ‘comprehensive package’, which seems to get added to every month or so. They claim it will take time for the supply to come on stream. However, supply is only one side of the equation. Demand is important too.

Labour’s response to excess demand is to ban foreign buyers from buying existing houses; they would have to build - as they do in Australia. Andrew Little is convinced that as decent data appears the true picture will show much higher numbers of foreign buyers than the current data shows. This may well be the case, but so what? For starters, these foreigners are simply exploiting the same tax loopholes we all are. Secondly, just as Mr Little points out, it can be hard to get real data on foreign buyers. For the same reason it can also be very difficult to ban them. We live in an open economy where foreigners can use companies, trusts or work through willing locals to buy property.

Of course the key point here is that banning foreign buyers hasn’t stopped house price escalation in Australia. Neither has a capital gains tax. It simply isn’t addressing the real problem.

The growing awareness of loopholes

Kim Hill hit the nail on the head by asking Andrew Little about taxing the effective income from capital. Mr Little either missed the point or deflected the question by instead talking about a capital gains tax. That however is an altogether different concept and not income at all, which is why capital gains taxes are not successful at quelling the problem overseas. The largest part of the loophole is the effective income people receive each and every year by owning and living in their own house.

It is fantastic to see a growing awareness among the media of the loopholes in our tax system. Successive governments have been advised on these issues since the 1980s when in effect they were exacerbated through tax reforms of that era.  The perception is that it is too politically hot to handle. So as a result of this negligence we have ballooning house prices, growing gaps between the rich and poor, and a massive transfer of wealth from younger generations to baby boomers.

It has all been totally predictable, and won’t stop until the loophole is closed.