Yesterday I talked about how the reform of our tax and welfare system is central to TOP’s long-term objective. But people have also asked me a much bigger question – we have a tonne of policy but what kind of society we are trying to create? 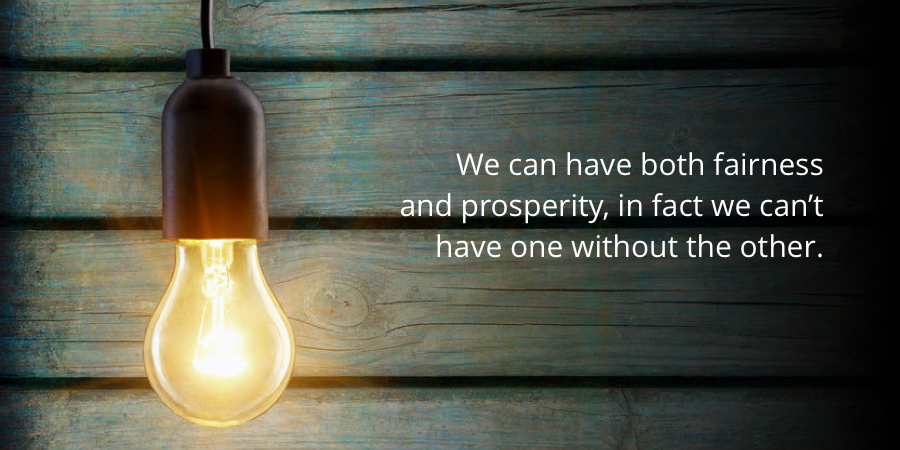 There are a couple of easy answers. Our current crop of politicians are perfectly competent at running things day-to-day, but they all fall down on tackling the long term issues. They want to look like they are doing something, but don’t want to upset the apple cart so tend to propose stuff that simply doesn’t solve the problem. TOP are focussed on fundamental, evidence-based enduring solutions to our issues.

As I mentioned yesterday’s blog, people are struggling. Today seems a long way from the caring form of capitalism that New Zealand championed in the first half of the 20th century. The long overdue liberalisation via Rogernomics in 1984 has made way for the uglier, self-centred neoliberalism that has given free market economics such a bad name. Ask any economist and they’ll tell you that efficient economies have free and competitive markets.

By contrast the holy grail of neoliberalism is where markets are free but ‘competitive’ doesn’t matter. This leads to a world of oligarchies and corporate exploitation of the paid workforce. It’s a world where “trickle down” is always promised but has no reason ever to happen, a world where political power of corporate lobbyists is well beyond their numbers at the ballot box. It’s a world that describes New Zealand 2017.

This neoliberal experiment has failed. The Government can trumpet their economic credentials all they like, but the recent productivity figures from Statistics NZ reveal the true picture. Our national income is increasing, but mostly because we are working harder, longer and have more people through immigration. We aren’t working smarter, nor are we really lifting our incomes. Our rockstar economy has only managed to fill the stadium by not charging anyone for the tickets. We may have a loud screaming crowd, but we aren’t ringing the cash registers.

As far as we can see, this failure is because our economic system is no longer rewarding hard graft and innovation. Instead it is rewarding those who invest in assets that are sheltered from tax (particularly housing and land), those who invest in building positions of power and lobby government to entrench that power.

What is the result? An economy that is morbidly dependent on foreign debt in order to prop up our addiction with housing and land. We are the fifth richest country in the world, but 30th on income, which means that our return on investment is appalling. No wonder when all of our money goes into housing, rather than businesses that can innovate, export and provide well paid jobs. We also have an economy that is dominated by a few large players. Instead of challenging that dominance, in many cases our government protects it.

The same policies that are driving the gap between rich and poor are those that are choking our economy. We need to close the tax loopholes, and reduce income tax to reward those that actually work for a living. We need to make sure all young people have the health, education and housing they need to achieve their potential. They are our greatest asset, but we aren’t investing in them. Do the little John Key’s out there in state houses today have the opportunity to grow up to be a merchant banker and Prime Minister? We doubt it.

If you combine all our policies you should be able to see the “flavour” of what we’re on about. We want to invest in our young and then give them the maximum opportunity to shine. The closest model that we see of this internationally is probably in Scandinavia. These economies are amongst the wealthiest in the world, the most harmonious societies and the most prosperous and fair. What is there not to like?

The ethos of the Scandinavian model is that fear is replaced with aspiration. Instead of us being on a grindstone of paid work, house ownership and retirement provision, the civil side of society ensures that healthcare, education, accommodation and retirement provision are far more surely underwritten by the State. This leaves people free to pursue their personal aspirations of wealth accumulation, family development, community care, or arts and cultural advancement.

Of course the downside that is often pointed out is the high income tax rates in these countries. We think we can do better than this, which is why TOP are advocating broadening the tax base to include all returns from assets rather than increasing tax rates on income.

The statistics speak for themselves – it is a model New Zealand used to pursue but has lost sight of since the me, me, me self-reliance-or-bust ideology of the neoliberal experiment ascended. Unless we kill that off, we’re going nowhere as a society.