Our environmental policy is a rebellion. It tells polluters that the free ride to despoil the environment is over. You want to keep polluting beyond industry best practice? Then expect it to cost you. However if you produce tangible evidence of significant reduction in pollution and you could financially gain. This will all come about as we simply put a price on the head of pollution – the rest will be solved by market forces. 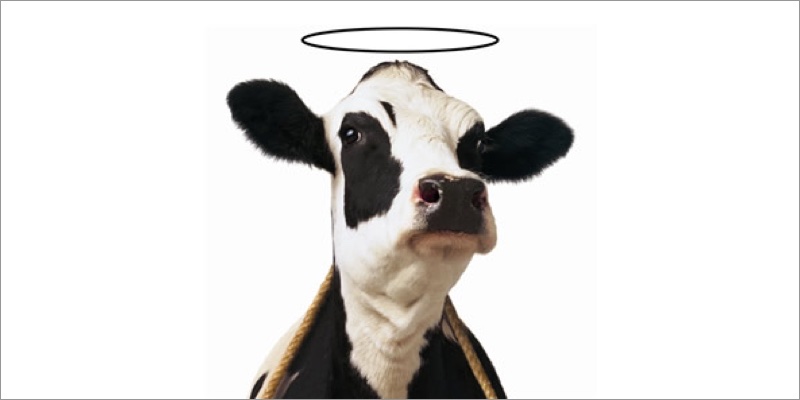 The response by Federated Farmers was predictable; calling our approach backward and not recognising all the work farmers are doing. Quite the contrary is true. We recognise the good work that some farmers have done, they are environmental leaders and would be rewarded under our policy. We want to encourage all farmers up to this standard. The Feds of course like to paint all farmers as leaders simply because they comply with the law. Take a look at our rivers and lakes boys, the current law isn’t good enough.

The lame excuse for polluting farmers by Fed President William Rolleston on Newshub’s coverage of TOP Policy #3: Polluters Pay really displayed the regressive conservatism that handicaps industry lobbyists. William argued that because farmers put food on our tables, that’s social contribution enough. Two flaws in his logic – other industries produce goods and services of social benefit and don’t pollute; and to even suggest that despoiling the public property of our environment is in anyway okay, just reveals an arrogance of the public interest. The man doesn’t accept that the public should be able to tell his industry to stop it. Make your own judgement of that belligerence.

Anyway let’s come to an economic rationalist’s approach to the environment. Because that is what The Opportunities Party’s environmental policy actually is – what the National and Labour Parties dream of but never pursue lest it cost some votes - yet economic prosperity and environmental sustainability can be strongly compatible.

What does The Opportunities Party articulate, that the Establishment parties find so difficult?

That’s it, pretty simple really and we would expect to apply this to all industries – not just factories, fishing and farming. The goal of course is to harmonise economic growth (better described as income growth) with environmental sustainability. Our take is that this is what New Zealander’s want and we can do it, once we just ask for the mandate and you give it. Our natural capital is our second most important asset (after human capital). Let’s recognise that and keep building it so we can make some money off it.

So why don’t we do it? The scaremongers – including the Feds and incredibly even the Green Party themselves – say that this could result in economic devastation. We simply don’t buy that either/or argument that is the raison d'être for both those organisations; there is plenty of overseas evidence that shows when you slowly raise environmental standards over time you can encourage lagging businesses to catch up to those operating at best practice. We should expect nothing less than the best from our businesses, farmers included.

Here’s an example of how a corrective tax (known by the more politically correct term of “levy”) could work say for dairy farms in a sub-catchment. The idea is to reward environmental improvement and penalise those who degrade our natural capital. The measure is totally revenue-neutral so that any levy paid by the worst performing farms is received by the best performing ones. It’s about profiteering from good environmental practices, the idea being that over time fewer and fewer farmers can be viable without taking the environmental impact of their practices, seriously.

Let’s assume that the benchmark for acceptable nitrogen leaching in a sub-catchment set by the Environmental Authority is 30 kg per ha. And further, let’s say the incentive/disincentive price for leaching is $20 per kg. Then how a corrective tax would work is that it would punish farms that leach above 30 kg/ha and reward farms that leach below that rate. Say Farm A leaches at 45 kg/ha while Farm B leaches at 15 kg/ha. Then in any year Farm A would be paying a penalty of $300 per ha, while Farm B would be receiving a cheque for $300 per ha. Say both farms are 150 ha, then that’s in effect a transfer from one farm to the other of $45,000 per annum.

Over time the benchmark would continue to be lowered as our environmental protection standards get stronger. And in any sub-catchment we’d ensure that the pollution charges collected are all returned to the better-than-benchmark farmers or environmental improvements in that same sub-catchment.

Include good environmental outcomes as a requirement for business and expect the market to do the rest. Not that hard really and certainly not the view of someone who is anti-farming, sorry Federated Farmers. We suggest you start representing better farmers yourselves.