Despite only 14% of a poll of 52,000 respondents taken on website Stuff agreeing with the move, it is a breath of enlightenment long wanted by teachers. It signals that moves are underway to halt the slide in educational achievement that has long been underway thanks to governments requiring schools to do far too much testing, wasting time that could be much better spent actually teaching.

The policy to reduce or remove the blight of NCEA has been at the heart of the education policy promoted by The Opportunities Party(TOP) over 2017.

While the tools can still be used to assist teachers with internal assessment of the progress of individual students, the necessity for schools to report National Standards has gone. Both the Principals’ Federation and the NZEI, the teachers’ union is in whole-hearted agreement with the removal of such costly and distracting compliance. Without doubt this is a victory for the education professionals and is a slap down of public opinion – which by its very nature is largely uninformed.

New Zealand’s education system is over-burdened with testing and reporting to parents and has long been susceptible to the criticism that much of it is done to satisfy the vanity and insecurity of parents as opposed to progressing the education of students. Critically, time spent testing is time not spent teaching, no matter how many times you weigh a pig it’s still a pig. And now the slippage in international reading and literacy scores of New Zealand children since National Standards were introduced in 2010, supports what teachers have been saying - too much testing has been detrimental to our children’s education. 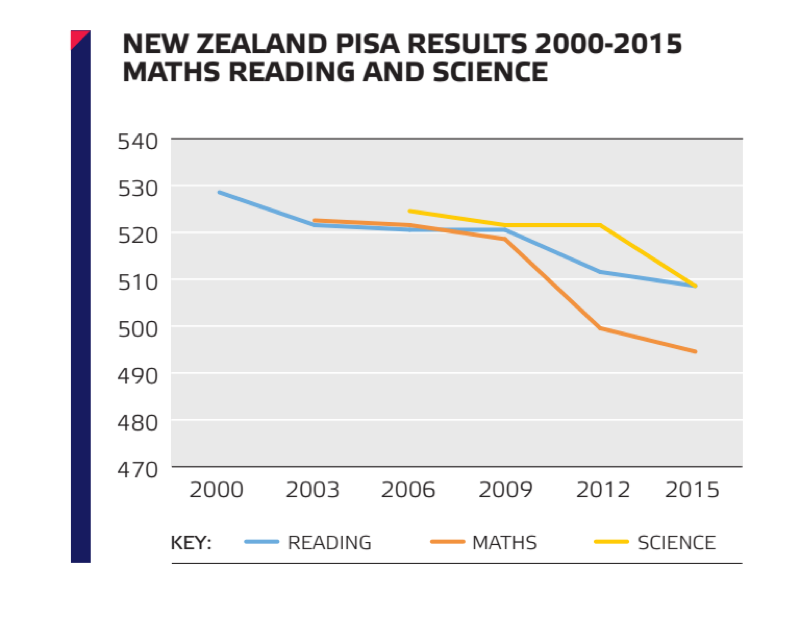 Of course, some testing is necessary, but importantly it should only be a tool for teachers to measure the progress of their students, not to find out whether Johnny and Jenny have moved up or down a decile within some national ranking of students. The latter data is hardly relevant to the teaching assistance a child requires required in the following term or two. Half yearly progress reports on a child’s progress in the various elements of the curriculum report will continue, but gone is the mindless measure of where a child sits comparatively to the national population of students.

The move by Labour is just one of what we at TOP are advocating in order to improve our schooling system and better prepare our kids for adult life in the 21st century. The others include;

This is compounded through the high school years and is especially apparent for some of our minority communities. Statistics point that many Maori and Pasifika students live in poor, ghettoised communities and attend increasingly stressed and ghettoised schools, while rich European/Pakeha and Asian students live in separate, well off communities and attend privileged schools. What this means is we live in a highly stratified country which operates what can only be described as a form of “educational apartheid”.

The funding required to provide free ECE for all New Zealand children TOP was to get from the savings that reform of NZ Superannuation will entail if we reduce it for those that do not need it. That of course is a commonsense policy but one far too bold for the establishment policies.

In summary there is much to do in order to drag our schooling system closer to the models of excellence that Scandinavian education programmes evidence. Labour’s policy on National Standards is a significant start down that road. Congratulations.