In the late eighties and early nineties, New Zealand was virtually devoid of any type of overarching agricultural regulation. Conversely, regulation in agriculture was commonplace in most first world countries at this time. 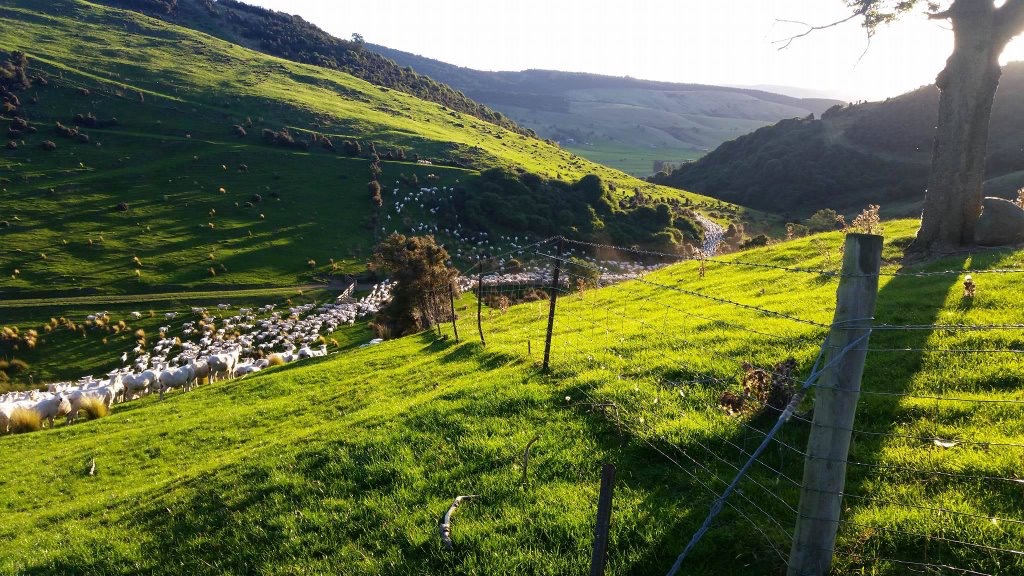 Central and local government of the day were well aware and had access to all the information on the production systems of dairy farming, their reliance and intensity around nutrients and so forth.

As the dairy wave started to gather pace, the green light was the only light on at council level, they looked to central government for guidance, which never came.

So to blame and vilify dairy farmers for the state of our freshwater is misguided. The blame squarely lies with central government.

For the 15 years from the mid-nineties to circa.2010 the expansion of the dairy industry in Southland was staggering. This was reflected in society change over this short time period, the good being the vibrancy and diversity of the new farmers to the districts and the difficult being the transient nature of the accompanied workforce.

In essence, I witnessed a modern day equivalent of a “gold rush”. I would add the word an “unregulated gold rush”; new young farmers through their own hard work, determination and perfect timing amassed more wealth in a decade than multi-generational farms did in 40 years. But of course there are always consequences, these are now presenting themselves.

Southlands biggest Issue in regard to freshwater is the wintering of dairy cows. For a 6-8 week period in most winters, rural Southlands issue is plain for all to see, mud. Most of the new regulation is centred around the wintering of cattle on fodder crops.

While we often hear of the investment by Dairy farmers in fencing waterways and riparian planting, which is to be commended, this is the “low hanging fruit”.

Diffuse pollution through the soil profile into the underground aquifers is the hard nut to crack, be it on the platforms themselves or during the intensive wintering period when the fodder crops growth is static, unable to absorb nutrients.

An Interim land and water plan has been notified in June of 2016, it put restrictions on intensive wintering on the areas identified as sensitive, 900 submissions were received and are to be talked to and deliberated on by commissioners. A separate limit setting process will begin this year identifying the acceptable nutrient loads on at least four of the province's main catchments, this process will likely continue for some years.

Southland is unique in that we will be the last of the major councils to formulate a process and then go onto to set nutrient limits. Down here in Southland we have witnessed other councils and the division caused by seemly overnight decisions surrounding nutrient limiting. With a pragmatic council we now have an opportunity to move in a more united “Southland specific” way into the catchment “limit setting process” It is now pleasing to see momentum from farmers in the province gather in a positive way as we approach limit setting.

Our farming leaders continue the strategy of denial and defence, unaware that the political machinery that once protected farmers has packed up and moved to the city. The left has been successful in their attempt to drag freshwater onto the public’s radar by “playing the man rather than the ball”.

Rural NZ need to stand up and “fess up” and ask for help. I’m not talking about blame, I’m talking solutions. Solutions empower and unite.

Dairy farmers, rightly so, feel hurt by the negativity thrown their way. Fonterra’s consistent long-term messages to farmers are that they are heroes who are feeding the world. Imagine coming from milking for breakfast to read yet another article on how you are dirty polluters. They are backed into the corner and are behaving accordingly; this is a prime example of what happens if you don’t address problems yourself, in an incremental manner, for your own Industry, for your own benefit. We need farmers to want to do this; farmers will be the beneficiaries when we turn the environmental corner.

Farmers are fast running out of time to control the environmental conversation, waiting to be told what to do de-powers you.

Farmers are consistently reminded of preventive cost surrounding good environmental stewardship. We all just assume farmers understand the benefits; I can assure you they don’t. It is so easy to shift straight to the how (process and solution) and bypass the why (the why leads to benefits) much more emphasis needs to be placed on benefits in terms of access to premium markets.

A fundamental mind shift has to occur starting at a governmental level now.  This government still has as far as I’m aware a stated goal of producing another 1.1 billion litres of new milk in their growth strategy, I don’t see our freshwater goals and our growth goals being compatible. Our whole agricultural industry is fixated on volume, for example, the many PGPs; primary GROWTH partnerships. Yes that’s right it’s all about growth, making more of what we already have. Effective leadership is needed to foster this change from growth mind-set to one of value. Commodity driven systems will eventually smash head on into the very environment that creates those commodities.

This is where I agree with one of The Opportunities Party central premises on the environment, the move from a volume, commodity rural economy to a more value-based one and this is the catalyst for change I believe.

I see this change of mind-set critical to the re-awakening that the healthy soil and freshwater is the very foundation of our wealth as a nation.